''The number of infections is rising rapidly. We're in a lockdown - which means we are not allowed to travel, we can however go outside for groceries or a short walk. My project consists of a school/orphanage, and is located in Dharan, in eastern Nepal. The school is meant for Dalit children, which means children from the lowest social class in the community. We arrange meals for the children and try to find local support to build a solid foundation, but the latter remains a challenge.

I am a youth worker, and have been a family guardian for a long time in Schiphol. At the children's home I am working future-focused. Nepal is a poor country, and therefore teens want to leave Nepal as soon as possible to either Europe, the Middle-East, America, Canada or Australia. We aim for the children to grow up safely, and try our best to provide them with jobs in Nepal with a project called Rockstart which is funded by Dutch partner organizations.

As soon as a child can do anything in terms of work, the family expects them to. Poverty and a lack of possibilities are the biggest issues in Nepal, and the coronavirus will create even more regression. The parents of the children are mainly day labourers, and do not have an income right now. Therefore we try to provide the families with food parcels. I do most of my work through the telephone. We also have a local board, with a coordinator that goes out to provide aid in the community.

I've been here since mid-February, when there were no infections yet, and in mid-March it became clear that the Nepalese government had plans for a lockdown. I was supposed to fly back to the Netherlands on March 23, which was the last flight, but it was too risky because lots of ill people travelled on the plane, from India for example. Instead I drove from Kathmandu to Dharan with my sister in law. Now there is no more traffic on the roads. Busses and cars are pulled over by the authorities.

Me and my wife live in the Netherlands, but go to Nepal twice a year for six weeks to assist the project. Mainly because the employees lack the experience to guide the children in their search of work and education. Also, we have very conservative Nepalese board members - e.g. they would want a child to become an accountant, when the child is a talented drawer. They tend to focus on making money and providing for the family rather than developing talents. In that regard, we are very privileged in the Netherlands.

Children are unable to attend school, because the schools are closed. The children at the orphanage aren't allowed to leave the premises. They receive homework guidance and a few hours of class. Furthermore they play lots of games, watch a little television, and do gardening. The situation is a bit more difficult for kids who are supposed to be in school. They are stuck at home with their parents and their families suffer from food shortage.

We aren't allowed to drop off food parcels ourselves, because police officers and the military are patrolling. Our manager got caught with his motorbike carrying food parcels. They confiscated his motorbike and he almost got beaten up. Nepal has been a democracy since a few years, but the state structure remains totalitarian. The system still holds power to repress citizens. I almost got pulled over while riding my mountain bike by someone with a bamboo stick. I sped up and cycled around him - I got away.

In terms of health, I try to protect myself the best I can. I keep distance and I try not to think about the future too much. I wash my hands a lot and also carry a hand sanitizer. The school is closed, and in the surrounding area there is a lack of water. People cannot wash their hands, even though they want to. It's a dry area, so when it pours it is impossible to store the rain.

I had hoped we would be able to fly back home on June 2, but the lockdown has been extended until June 15. Government agencies are all closed and work extremely slow, even slower than generally. So that's been keeping me busy lately. There is an ATM which I can get money from, but I can only withdraw 200 euros a day. There are things to do each day and goals can be set. This is how I attempt to get through this crazy time.

I just hope things don't get out of control here. I certainly expect an economic malaise. It is hard to oversee. There are hundreds of thousands Nepalese people that are working in the Gulf states that have to return to Nepal because their contracts are not extended. This will be disastrous. I do not lack any resources myself - we

do lose a lot of money, but we have sufficient savings. I worry more about the future of the children, the orphanage and the school. It will get tough. I surely hope we can hold on to the donors we have (Hooghuis, 2020). 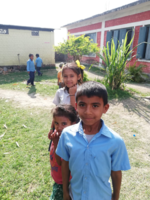 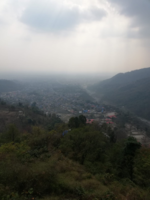 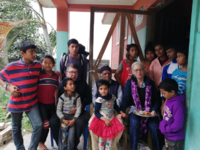 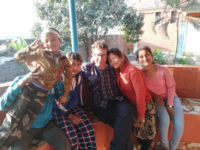 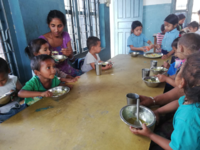 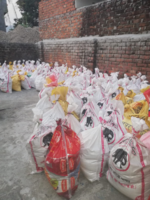 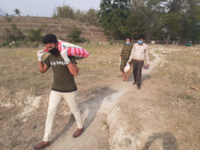 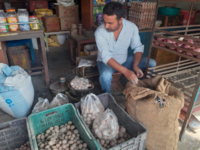 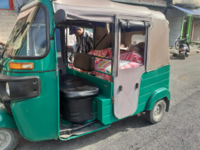 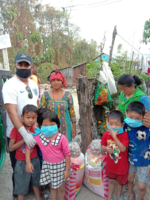 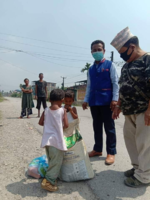 ''The lockdown is proceeding and the cases are rising rapidly. The government is holding back information and is not being transparent. We have no idea whether there's an outbreak around the corner - we do not hear anything about recent developments. The government is unclear and the federation does not agree with each other. This leads to insecurity for the citizens. It is a corrupt country that does not think about its citizens. The Nepalese people cannot live without an income for much longer. I see people sometimes semi-open their shops. I am staying with my wife's family and we are able to get food simply because we have money. Unfortunately my wife is in the Netherlands.

Nepal has seven or eight provinces and they all have their own policies - the areas are reasonably autonomous. If you want to travel somewhere, you have to get an approval note at a community centre. If you are caught without one, you are taken away. However, three busses have been stopped in the Kathmandu valley, despite having an approval note. I personally find that very scary, cause how are you supposed to get away? I am glad I can be of help for the children's home. The kids have not gone to school for two months and we have to keep them busy. The schools remain closed. Kids are with their parents, but their parents do not have a job and therefore no food. We try to provide them with food parcels. We have to spend more money now. There is a wall that is about to break down because of the earthquake, but it will cost a few thousands of dollars. Donations are still coming in, but noticeably less.

Social distancing is very difficult here cause people do not understand it. I was sitting on a bench recently and someone sat down next to me. People are provided with information, but it does not sink in. On top of that, there are a lot of illiterate people in Nepal.

Eleven people have died so far due to the coronavirus and over 3000 are infected. Sometimes people get arrested and are put in quarantine. Thereafter they will get a moralizing sermon and information on how to deal with the situation. Sometimes the authorities draw a circle and people then have to stand in that circle for hours. The facilities provided in these locations are disdainful - there are no toilets, food or water. Some people return from India and have to stay in the camps for a couple of weeks, but the circumstances there often make them fall ill. That is why a lot of people who have been quarantined try to run away. There has now been given approval to shoot those that try to flee.

When it comes to a prevention strategy, I think the government should provide resources for the people who need it most. There is insufficient cooperation - there is division instead. If you isolate flashpoints you have to communicate well. Democracy is still very young here - the possibility exists that a dictatorship will return. I think the lockdown is a good measure, although it is a disaster for the economy. If the virus spreads it will be a catastrophe. It appears to be a hopeless situation. It is almost impossible to close the border between India and Nepal. The most corona cases are in the southern of Nepal at the Indian border (Hooghuis, 2020).

Furthermore, there should be more disinfecting. Everyone is inside and I think it is better to be outside with a virus in the air. It is said that Nepalese people get less sick from the virus because they are used to bad circumstances and therefore have a certain resistance. In Nepal there are private hospitals and hospitals that are financed by the state. The latter costs around four euros, but the clients will not receive aid from proper doctors. Everyone should have access to good healthcare in my opinion. It costs around 100.000 dollars to follow a medical study. Doctors try to pay off their debt by charging large amounts of money for healthcare. The doctors in the private hospitals were educated elsewhere (personal communication, June 5 2020).'' 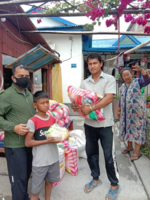 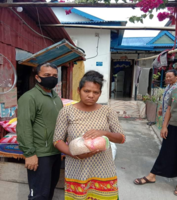 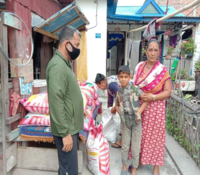 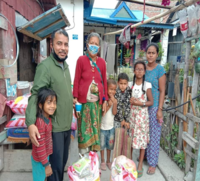 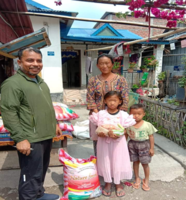